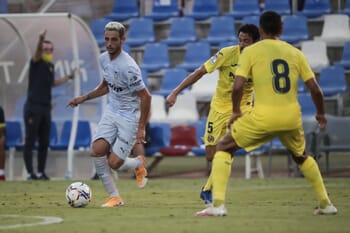 Valencia supporters aren’t exactly feeling confident about their team’s chances this season considering that Los Che have lost a number of key players, with Rodrigo heading to a newly-promoted Leeds United, while Ferran Torres is now a Manchester City player and the team will be a lot weaker as a result.

Former Watford manager Javi Gracia is the man tasked with restoring the fortunes of the first team at the Mestalla, although the squad currently look short of quality and our prediction is that Valencia could find themselves in the bottom half of La Liga this season.

While the home side only lost one match at their own stadium, there were seven draws and we also need to bear in mind that Valencia can’t count on the support of their home fans for the early part of the new season.

The betting odds have Gracia’s side as uncertain favourites and our tip is Levante on the Asian Handicap betting market, with the visitors getting half a goal start at decent odds and it means that we can profit without them needing to win the game.

Levante landed a 1-1 draw at the Mestalla in June and it was noticeable that Paco Lopez’s side were able to secure two final victories before the season ended, with a 3-2 triumph away to Celta Vigo and that was followed by a 1-0 win over Getafe.

Dani Gomez and Jorge de Frutos have since arrived from Real Madrid and look sure to make a positive impact, while Son and Mickael Malsa have also bolstered the squad and we think that Levante can improve on last season’s away form where they lost twelve games.

When is Valencia vs Levante being played?

Valencia vs Levante will be played at 20:00 GMT on Sunday 13 September 2020 at Mestalla Stadium.

What is the Valencia vs Levante H2H record?

What is Levante’s most recent form?

What is the predicted Levante line-up?

Who is injured or suspended for Valencia?

Who is injured or suspended for Levante?