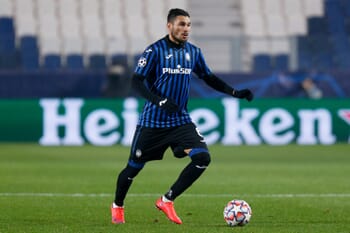 When the Champions League last sixteen matches are played, we’re used to seeing some tight encounters although the opposite might be true when Atalanta clash with Real Madrid at the Stadio Atleti Azzurri d'Italia in Bergamo on 24 February.

Atalanta earned rave reviews for their performances in last season’s Champions League which saw the Serie A side come from the brink to qualify for the knockout stage before eventually losing to Paris Saint-Germain in cruel circumstances.

Can Atalanta Get a First Leg Advantage Against Real Madrid?

Atalanta are the betting outsiders to win this two-legged affair against more established European opponents and our prediction is that Gian Piero Gasperini’s side will get on the front foot against a team who had a few wobbles during the group stage.

It’s no surprise that La Dea have been averaging over two goals per game domestically, with the goals spread around the team, although they showed some defensive stability to snuff out the threat of Ajax in their final group game to make sure they went through.

Zinedine Zidane’s side eventually managed to win their Champions League group although qualification was a tough battle in the end considering that they kicked off with a 3-2 home defeat against Shakhtar Donetsk at the Bernabeu Stadium.

They were also 2-0 down away to Borussia Monchengladbach before somehow scoring two late goals to earn a point and things improved thereafter after enjoying back-to-back wins over Internazionale before making sure of things with a victory over the same German opponents.

While Real clearly have the potential to go far in this competition, they have stuttered in the knockout stages over the past few years and our tip is to trust neither side other than to score goals, with three or more trading at a backable price and you can consider adding to your Champions League accumulators.