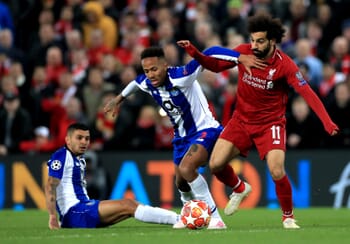 Liverpool are clearly focused on a unique treble this season and it might take a brave punter to bet against the Reds adding the Premier League title and Champions League crown to the Club World Championship which was won in December.

While Atletico Madrid have been a regular staple in the Champions League for the past decade, Jurgen Klopp won’t be too disappointed by the prospect of facing these opponents at the last sixteen stage, with Liverpool heading to the Wanda Metropolitano on Tuesday 18 February.

The Reds did lose away to Napoli in the group stage although there were convincing wins away to Genk and Salzburg, with Liverpool also producing the goods on a consistent basis in England where they are unbeaten in the Premier League.

The Merseyside team have such a big points cushion domestically that they can really focus all their energies on getting through these European Cup ties, with Atletico looking to land some kind of first leg advantage before that daunting trip to Anfield.

Atleti finished second in their group behind Juventus and they produced a comeback to draw 2-2 at home to the Italian champions, while they managed bloodless home wins against Bayer Leverkusen and Lokomotiv Moscow.

The Spanish side have only lost one match at home in La Liga this season although they’ll be wary against the champions of Europe and the bet we really like is Liverpool on the Asian Handicap.

It means that we can back the visitors to win at a decent price and have the safety of getting money back if the game ends in a draw. We just can’t see Liverpool getting beaten considering how complete they are looking as a team every time they take to the field.

When is Atletico Madrid vs Liverpool being played?

Atletico Madrid vs Liverpool will be played at 20:00 GMT on Tuesday 18 February 2020 at Wanda Metropolitano.