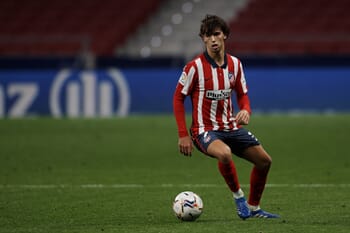 It might seem strange to make a betting tip for an Atletico Madrid side that were pummelled 4-0 by Bayern Munich in the reverse fixture at the Allianz Arena, although there are reasons to back Diego Simeone’s side to claim three points when the teams meet on Tuesday.

Bayern are already through to the last sixteen of the Champions League as winners of Group A thanks to four straight victories, with Hansi Flick’s side on course to retain their European Cup that was claimed this summer and they’ve belted in fifteen goals along the way.

However, Flick will surely rest a number of first-team players for this trip to the Spanish capital and Marc Roca will definitely miss the game having been sent off against Red Bull Salzburg last week.

Between 5-19 December, Bayern have five fixtures to fulfil and this match at the Wanda Metropolitano is effectively a dead rubber for the visitors, although the same can’t be said of the home team.

Atleti Could be Big Betting Odds to Win

Atletico have hardly torn things up in the Champions League with just five points on the board from four games played, although they are two points ahead of Lokomotiv Moscow after two draws against their Russian opponents.

On a domestic front, Diego Simeone’s side are in a strong position and our prediction is that the home team’s intensity could be enough to see them over the line against opponents who will be saving themselves for bigger challenges.

Atletico recently beat Barcelona at home and boast three consecutive clean sheets at the time of writing, with Joao Felix and Angel Correa capable of the attacking verve that should hopefully see them over the line in this clash.

When is Atletico Madrid vs Bayern Munich being played?

Atletico Madrid vs Bayern Munich will be played at 20:00 GMT on Tuesday 1 December 2020 at Wanda Metropolitano.