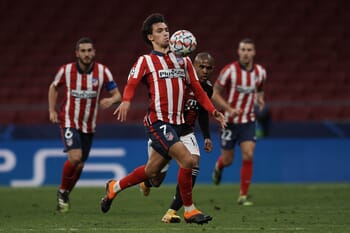 Sometimes it pays to go with the obvious and our betting tip for this Champions League clash is to bet on two goals or less being scored at the Wanda Metropolitano.

Atletico Madrid represented the most difficult last sixteen opponents for the group winners, with Diego Simeone’s side finishing behind Bayern Munich in their section but clearly formidable opponents over two legs as Liverpool found to their cost last season.

Atletico are having a strong season domestically, with their recent 2-0 reverse in the Madrid derby the first time they have tasted defeat in La Liga this season and they’ll be well-prepared for a clash which will see a former Chelsea striker line up against the Blues.

Diego Costa hasn’t played many games so far this season but he’s likely to have some involvement and the same applies to Luis Suarez who often shines on these big occasions, while the Atleti defence continues to keep things watertight.

Frank Lampard won’t be naïve when it comes to this Champions League match-up and there will be lots of scouting when it comes to their opponents, with Chelsea having the experience of being knocked out by eventual winners Bayern although they’re a much stronger outfit this time around.

How dearly the visitors would love an away goal from this clash although losing 1-0 would be pretty tough and that was the winning scoreline for Atleti against Liverpool at the Wanda Metropolitano before the exciting second leg at Anfield.

We’re going for a low-scoring clash and our betting prediction is that this match could even feature one goal or less considering that Thiago Silva and Kurt Zouma will run a tight ship between hard-working midfielders such as N’Golo Kante and Mateo Kovacic.

When is Atletico Madrid vs Chelsea being played?

Atletico Madrid vs Chelsea will be played at 20:00 GMT on Tuesday 23 February 2021 at Wanda Metropolitano.