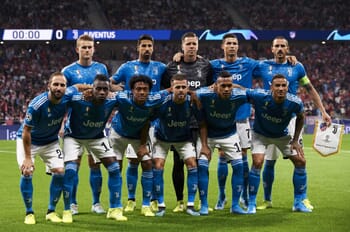 On first glance, opposing Juventus might seem a churlish notion considering that the champions of Italy have been excellent in the Champions League this season, winning four and drawing one of their five matches which means they’re safely into the last sixteen.

However, the Turin side are clearly in a proper Scudetto title race with Internazionale this season and manager Maurizio Sarri will care little about a trip Germany for what is essentially a dead rubber as far as the Old Lady is concerned.

For Bayer Leverkusen, the stakes are considerably higher considering that a win could see them into the last sixteen, although the likelihood is that Atletico Madrid will get the victory that they need in order to seal the deal.

Even so, Bayer have staged something of a comeback in Europe after losing their first three group games. A 2-1 win over Atletico was a lifeline and that was followed by a 2-0 triumph in Moscow, with Peter Bosz’s team possibly leaving it too late.

With the Juve second string out at the BayArena, we’re happy to take the odds-against about Bayer claiming a victory which would give them a big confidence boost going into the Europa League should Atleti manage to get the job done.

Domestically, Bayer have been doing really well and a recent 2-1 victory at the Allianz Arena was their fourth win in the past five matches, so we’re expecting the players to do themselves proud in this clash, while Juve will exercise some heavy squad rotation.

When is Bayer Leverkusen vs Juventus being played?

Bayer Leverkusen vs Juventus will be played at 20:00 GMT on Wednesday 11 December 2019 at BayArena.