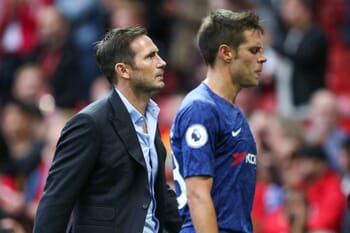 Chelsea have had a wonderfully exciting Champions League group stage and their efforts in the first five matches means that a victory over Lille on 10 December will ensure that they reach the last sixteen of the competition.

The Blues were involved in a hectic 2-2 draw in Valencia shortly after a similarly crazy 4-4 game against Ajax, with Frank Lampard’s side designed to attack opponents and they’ll aim to come out of the traps flying against opponents who have mustered just a point during the group stage.

Lille are no mugs although they were beaten 3-0 in their group opener at Ajax before being turned over at home to Chelsea, with a late equaliser against Valencia the only thing they have to show for their efforts this time.

However, the Ligue 1 side will go to Stamford Bridge with little to no motivation considering that a Europa League place isn’t even on the cards and this is a side who have conceded twelve goals in their five games to date.

While there is no pressure on them to perform or get a result, manager Christophe Galtier will aim to focus on making sure Lille are back among the top four places in the table and they are only just behind Angers and Montpellier who currently occupy those positions.

Chelsea are very short to win the game although we think that they can be backed at half-time and full-time at a bigger price. There will be a concerted effort to get the early goal against a team who have lost five of their seven away games in the French top flight and drawn the other two.

Tammy Abraham is back in the fold and it’s clear that he’s the preferred striking option, with Lampard hoping his team can actually give themselves a breather in the second half by establishing a clear majority.

When is Chelsea vs Lille being played?

What is Lille’s most recent form?

What is the predicted Lille line-up?