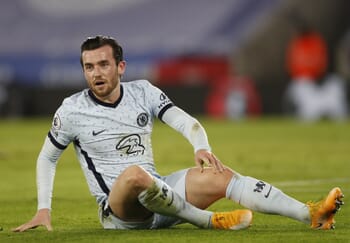 Chelsea have one foot in the Champions League semi-finals after a 2-0 victory against Porto, with this being the “away” leg for the Blues despite the fact that both matches are being played at the Ramón Sánchez Pizjuán in Seville.

Goals from Mason Mount and Ben Chilwell have put Thomas Tuchel’s side firmly in the driving seat and it’s hard to see any way back for a Porto side who will need to score at least twice while stopping their opponents at the same time.

Our betting tip for this Champions League clash is nice and simple. We’re going to back Chelsea at reasonable betting odds to win this second leg encounter, with the London side having dominated possession on Wednesday and they looked watertight from a defensive point-of-view.

Antonio Rudiger returned to the team as part of a three-man central defence, while Mount and Jorginho shone during this encounter and they are likely to take advantage of opponents who are going to leave gaps due to coming forward on the front foot.

Can Porto Pull Off Another Champions League Shock?

The Portuguese side did manage to beat Juventus in the previous round of the competition, although this was achieved by winning 2-1 in the first leg before claiming an extra-time victory and the task of reaching the semi-finals looks beyond them.

It will be difficult to know how to approach this game and our prediction is that an early Chelsea goal will see heads drop in the knowledge that Porto would then need to score four goals at a neutral venue.

The bottom line is that Chelsea are a superior team to their opponents and will be content enough to remain solid before looking for gaps to exploit against a porous opposition defence.

When is Chelsea vs Porto being played?

What is Porto’s most recent form?

What is the predicted Porto line-up?