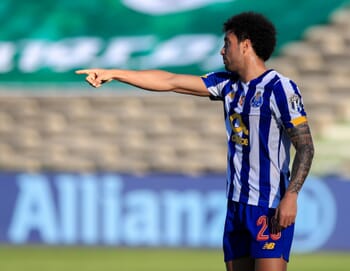 A fantastic 3-0 win at the Nou Camp in their final Champions League group game meant that Juventus went through to the last sixteen as section winners and avoided the possibility of meeting teams such as Liverpool, Manchester City and Bayern Munich in the next round.

Andrea Pirlo will be fairly pleased that Juve have been paired with Porto despite the fact that the Portuguese side qualified comfortably for the knockout phase and were only just behind Manchester City in the final group standings.

The Turin side are big betting favourites to claim a first leg win at the Estádio do Dragão although it should be noted that they have only won two of their six away games in Serie A at the time of writing, while it’s not imperative that the Italian champions win this first leg encounter.

Pirlo will instead want his team to ensure they have an away goal or two on the board, while they will be wary of meeting opponents who have twenty-three goals from their first nine matches of the domestic season and Porto have some dangerous players.

FC Porto know that they need to go to the Juventus Stadium with some kind of advantage in order to go through, although a goalless draw could be included as a positive scoreline considering that would mean an away goal would leave their opponents needing to score two.

Sérgio Conceição’s side have plenty of experience when it comes to the Champions League and will want to try and nullify Cristiano Ronaldo who has already scored seventeen goals at the time of writing and it’s likely to be around thirty when this match is played.

Our prediction is that the opening exchanges will be cagey and Porto will certainly want to keep themselves in the tie until the second leg, while something like a 1-1 draw for Juventus would be satisfactory.

We are therefore going to have a betting tip of Under 2.5 Goals and this can be paired with several similar selections to make a Champions League accumulator.

When is FC Porto vs Juventus being played?

FC Porto vs Juventus will be played at 20:00 GMT on Wednesday 17 February 2021 at Estádio do Dragão.

What is FC Porto’s most recent form?