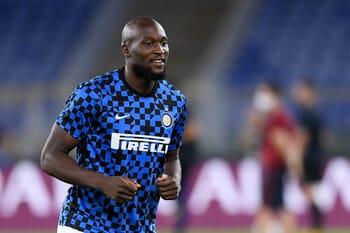 Inter are sitting bottom of Champions League Group B at the halfway stage of proceedings, with Antonio Conte’s side having amassed just two points from three matches played so far and things are looking critical for the Serie A side.

Internazionale opened with draws against Borussia Monchengladbach and Shakhtar Donetsk before losing 3-2 in an entertaining clash at the Bernabeu and our betting tip for the reverse fixture is that we’ll see at least three goals scored in this game.

Realistically, Conte’s team need to win Wednesday’s clash against the champions of Spain in order to get back into contention and give themselves a realistic chance of reaching the last sixteen stage of the competition.

The good news is that Romelu Lukaku should be fit to line up for the clash after missing the previous game and Inter did come from behind twice against Real before Rodrygo scored the winning goal for the Spanish side.

It’s possible that Sergio Ramos could be missing for this clash after feeling his hamstring during Spain’s excellent 6-0 win over Germany during the international break, with this strengthening the argument that more goals will be scored.

The Real Madrid defence has looked leaky in every match thus far and they have conceded two goals or more in each game, with Zinedine Zidane’s side having to scramble two late goals in order to draw against Monchengladbach.

You might do worse than take a punt on Inter to win this game although our prediction is that the goals will be flying in and we can be fairly confident that at least three will be scored during the ninety minutes.

When is Inter Milan vs Real Madrid being played?

Inter Milan vs Real Madrid will be played at 20:00 GMT on Wednesday 25 November 2020 at Giuseppe Meazza Stadium.