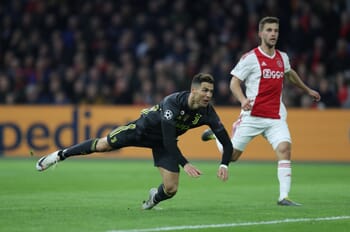 A late goal from Federico Chiesa swung this Champions League last sixteen tie in favour of Juventus although the champions of Italy still have plenty of work to do in order to overcome a Porto side who hold a slender advantage after the first leg clash at the Estádio do Dragão.

The Portuguese side were full value for their 2-1 win and our betting tip is to back Sérgio Conceição’s side on the Asian Handicap betting market where your stake will be split between backing Porto with a one-goal advantage and also a one-and-a-half goal start.

Why Porto Can Cause Problems for Juventus

Porto will have an advantage to enjoy ahead of this second leg clash and they will be playing this match at an empty Juventus Stadium in Turin, with the visitors having gotten back on track after hitting a few bumps in the road domestically.

Mehdi Taremi has recently been in solid scoring form and the Iranian will be going out in search of a precious away goal, with Moussa Marega an able strike partner and they will surely not try to play out a goalless draw in Italy.

On another night, Ronaldo might have earned a late penalty and he enjoyed a hardy battle against compatriot and friend Pepe who now operates in central defence for Porto.

Juventus still have the potential to win the UEFA Champions League this year and they simply need a 1-0 win in order to go through, with Gianluigi Buffon operating between the sticks and Weston McKinnie has been earning rave reviews in the team.

When is Juventus vs Porto being played?

What is Porto’s most recent form?

What is the predicted Porto line-up?