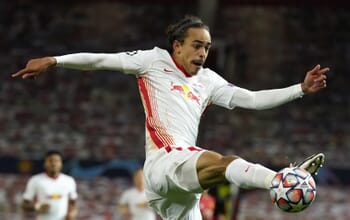 Liverpool took a decisive step towards the Champions League quarter finals after a 2-0 win over Leipzig in Budapest, with Jurgen Klopp’s side not only having a two-goal advantage but also a brace of away goals which leaves their Bundesliga opponents with the proverbial mountain to climb.

However, the Reds are not enjoy good domestic form and actually face a battle to qualify for this competition next season, with their title defence having crumbled since Christmas and winning the European Cup might be their only route back next term.

Goals from Mohamed Salah and Sadio Mane helped the Reds enjoy a decisive victory in Budapest and they’ll enjoy home comforts when clashing with Leipzig in a bid to go through, with Klopp likely to field his strongest team considering that scoring the first goal will take the tie right away from their opponents.

However, the fact that they are even money to win a match that they don’t need to win illustrates that the bookies aren’t running scared of Liverpool and our prediction is that Leipzig will come out all guns blazing in their attempt to get back into the tie.

Bet on RB Leipzig to Make Life Difficult For Liverpool

RB Leipzig reached the semi-final stage of the Champions League last season and won’t be too daunted by the prospect of heading to an empty Anfield, with Julian Nagelsmann’s team sitting second in the German Bundesliga table right now.

Indeed, they have a realistic chance of overhauling Bayern Munich at the top of the standings and have only lost twice on the road domestically this term, which means our tip is to take a punt on Leipzig on the Asian Handicap market with half a goal start.

When is Liverpool vs RB Leipzig being played?