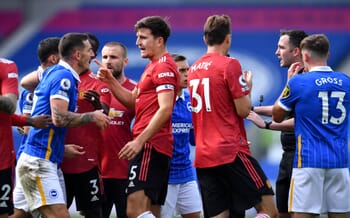 Manchester United and RB Leipzig both enjoyed opening wins in the Champions League group stage and now clash at Old Trafford, with the Red Devils having the opportunity to have a maximum haul ahead of a double header against İstanbul Başakşehir.

However, we’re not tipping United to win this clash considering that they seem to thrive more against teams on the counter-attack and it’s not certain that they will have the space to get in behind German opponents who currently sit top of the Bundesliga.

The big concern for Julian Nagelsmann’s side was how they’d cope without the attacking threat of Timo Werner who signed for Chelsea last summer, although the answer is that they’ve adapted well and it was on-loan Manchester City defender Angelino who scored twice against Istanbul last week.

Danish forward Yussuf Poulsen continues to be a reliable source of goals and Swedish midfielder Emil Forsberg is operating in an advanced position for an attack-minded Leipzig team who will be encouraged by the number of goals that United have conceded.

Manchester United Too Short in the Betting to Win

Ole Gunnar Solskjaer’s team might have pulled off a surprise 2-1 win at the Parc des Princes although they will have played this clash shortly after competing with Chelsea in the Premier League and a point would certainly not be a bad result for the home side.

Having four points on the board would still leave the Red Devils sitting pretty and our prediction is that the draw offers better value than the home win on the Full-Time Result betting market.

However, the best bet could be to keep things simple and punt on the “Yes” option on the Both Teams to Score betting market, with a high-scoring encounter at Old Trafford becoming commonplace.

When is Manchester United vs RB Leipzig being played?

Manchester United vs RB Leipzig will be played at 20:00 GMT on Wednesday 28 October 2020 at Old Trafford.