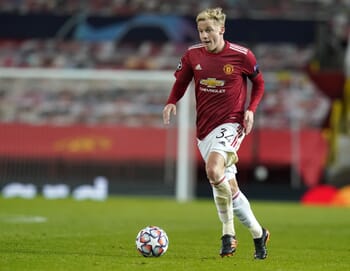 Manchester United are having a topsy-turvy season in the Premier League although the Red Devils are mainly getting things right in the Champions League, with Ole Gunnar Solskjaer’s side having claimed three wins from four games played.

It means that United are in the box seat to qualify for the last sixteen of the competition, with Paris Saint-Germain arriving at Old Trafford looking to land a positive result that will also help them reach the knockout phase of the tournament.

When the teams met at the Parc des Princes, United claimed a 2-1 victory, with Thomas Tuchel’s side having managed to land a couple of victories and they ground out a 1-0 win against RB Leipzig last week to remain bang in contention.

Ultimately, this is a game which will have an enormous bearing on which team goes through, with Leipzig strong betting favourites to beat İstanbul Başakşehir and this is a game that the French champions will be keen to win.

Our prediction is that Tuchel’s men will be full of attacking zest against a United team who often wobble at Old Trafford and we could therefore see an entertaining and attacking game of football between two teams who are stronger on the front foot.

The best betting tip could be to back both teams to score even at short odds, with this looking like a safer option than trying to predict which team will ultimately land the spoils in this game.

With Neymar, Kylian Mbappe and Angel Di Maria back as an attacking triumvirate, it is likely that we’ll see the visitors rack up the goals, while Anthony Martial, Bruno Fernandes and Marcus Rashford can help the home side meet fire with fire.