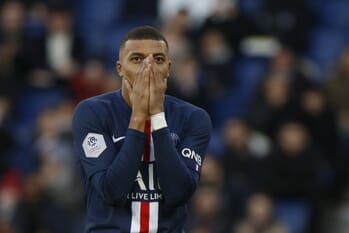 We were treated to a spectacular game of football at the Allianz Arena where Bayern Munich threw the kitchen sink at Paris Saint-Germain and still came off the pitch having lost by a 3-2 scoreline.

Hansi Flick’s side will still feel confident that they can go through to the semi-final of the Champions League and retain their trophy, although they are a goal behind their opponents, not to mention the fact that they conceded three away goals.

Bayern Munich are the betting outsiders to reach the last four of the UEFA Champions League although our prediction is that they’ll create plenty of chances against a defence which creaked on several occasions in Bavaria.

Indeed, it took a fine performance from Keylor Navas to keep Bayern at bay, although perhaps the scoreline might have been different if Robert Lewandowski had been on the pitch instead of Eric Maxim Choupo-Moting despite the latter finding the net.

Flick will want his team to go out in search of goals from the off, with Serge Gnabry potentially available for this clash, while Thomas Muller and Leroy Sane are capable of causing problems for PSG.

Kylian Mbappe is fast becoming the world’s best attacking player if he hasn’t reached that achievement already, with the Frenchman having been a constant thorn in the side of Bayern at the Allianz and he previously dismantled Barcelona at the Nou Camp.

Mauricio Pochettino will surely instruct his team to go out and attack Bayern rather than try to defend their advantage, with Over 3.5 Goals looking like a good tip based on the first leg which could have yielded a lot more than the five goals that were scored.

When is PSG vs Bayern Munich being played?