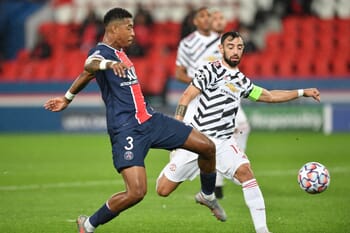 Manchester City have overcome Borussia Monchengladbach and Borussia Dortmund to reach the Champions League semi-final stage although their assignments have now become tougher and it will take a tremendous effort to overcome Paris Saint-Germain and reach their first European Cup final.

PSG have already accounted for Barcelona and Bayern Munich to find themselves in the semi-final stage and won’t be fazed at being the betting outsiders for this first leg encounter at the Parc des Princes considering they previously won 3-2 at the Allianz Arena against the holders.

Pep Guardiola cut a delighted figure after seeing his team “make history” by reaching the semi-final stage of the Champions League, with the Spaniard hoping to secure a historic quadruple at the Etihad Stadium this season and they look a tough side to beat.

Our prediction is that the Citizens will go out in search of away goals at the Parc des Princes, with Guardiola having previously been accused of being too cagey in these type of encounters, although everything appears to be falling into place.

Kevin de Bruyne was at his imperious best to steer his team through against Dortmund and it’s very rare that City fire a blank in any match.

Paris Saint-Germain are going to have to do things the hard way if they’re to reach the final of the Champions League again, although Kylian Mbappe produced the goods to help them past Barca and Bayern Munich, even if the defence regularly creaked against the latter.

Pochettino will surely have his team attacking at will and our betting tip is for there to be Over 2.5 Goals during this encounter, with three or more easy to back in a game which could be highly entertaining.