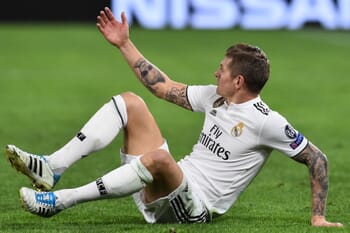 Real Madrid have not enjoyed the smoothest of starts to their season, although Zinedine Zidane’s side look a decent bet to get revenge against Paris Saint-Germain after losing 3-0 away to the French champions a couple of months ago.

PSG have enjoyed a flawless Champions League campaign to the extent that they have qualified for the last sixteen stage with a couple of games to spare, with manager Thomas Tuchel potentially resting some of his first team players for the clash at the Bernabeu.

Paris are five points clear of Real in Group A which means that even a defeat in this clash will have them in the driving seat to top the section, with Galatasaray looking like easy pickings when they play their final group game.

The Spanish side have had a few wobbles this season, most notably when going two goals down at home to Club Brugge, with Los Merengues scrambling back to claim a point although recent form has been very strong.

There was a crushing 6-0 win over Galatasaray which saw teenage sensation Rodrygo score the first hat-trick for Real Madrid and it’s likely that the Brazilian will be given some kind of opportunity against higher-grade opposition.

Eden Hazard is now reaching the sort of level which saw him regularly light up the stage for Chelsea in England, with Sergio Ramos, Casemiro and Toni Kroos providing the sort of backbone and experience that has previously helped the club win the Champions League several times over.

Real are the ones with a greater point to prove and we’re happy to back them to inflict a rare defeat on a team whose job is already done in the group stage.

PSG will want to be competitive although this could be an opportunity to give certain players a rest and a recent 2-1 defeat at Dijon illustrated that the champions of France aren’t immune from defeat.

When is Real Madrid vs PSG being played?

Real Madrid vs PSG will be played at 20:00 GMT on Tuesday 26 November 2019 at Estadio Santiago Bernabéu.