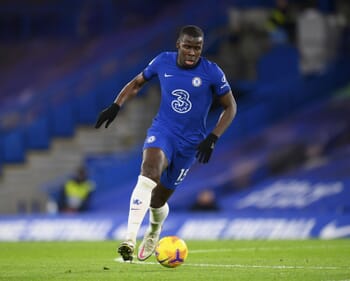 After steering Paris Saint-Germain to last season’s Champions League final, Thomas Tuchel will now be confident of doing the same with Chelsea and the Blues didn’t have to over-exert themselves to find a way past Porto at the quarter final stage of the competition.

Chelsea will now clash with a Real Madrid side who have accounted for Atalanta and Liverpool in the previous two rounds, with Zinedine Zidane having previously steered Los Merengues to three consecutive Champions League successes.

Real Madrid enjoyed a 3-1 victory over Liverpool in the first leg of their quarter final tie at the Alfredo Di Stéfano and Zidane will look for a similarly attacking display this time around, with Vinícius Júnior a particular thorn in the side of Jurgen Klopp’s men and the young Brazilian scored two goals in that clash.

Our prediction is that Real might find it harder to break down Chelsea considering that their opponents will have a three-man central defensive line, with the midfield engine room of Jorginho and Mason Mount looking to counteract the threat of Toni Kroos and Luka Modric.

Are Chelsea a Good Bet to Reach Champions League Final?

Tuchel might feel as though Real Madrid are there for the taking, especially if the Spanish champions have key personnel missing in defence and there is plenty to like about a Chelsea squad who have players such as Christian Pulisic and Mount in excellent form, while Kai Havertz is showing some bright moments.

Timo Werner has struggled during his first season at the Bridge, although he could still be a lively operator on the break and there’s the alternative of fielding Olivier Giroud up top for a game where our betting tip is Under 2.5 Goals.