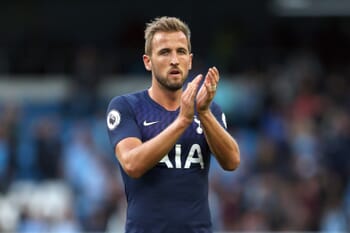 Some punters will look at the fact that Tottenham thrashed Red Star a fortnight ago and look to pile on Spurs to win this Champions League game and head towards the last sixteen stage of the competition.

There will be something of an eerie atmosphere at the Red Star Stadium considering that the game is technically supposed to be played behind closed doors, although the Serbian side will still have the advantage of familiar surroundings.

Indeed, Red Star are not to be taken lightly on home soil and we shouldn’t forget that they beat eventual winners Liverpool at the group stage last term, while Belgrade also beat Olympiacos in their first home match.

Tottenham have not been reliable at all this season. There have only been glimpses of brilliance although plenty of times when Spurs have fallen short and a draw might be the way forward in this competition.

If the visitors do win this clash, then there’s the possibility that it will only be by a single goal margin and we can therefore back Red Star and get the insurance of having money back should the London side get over the line by a single goal.

However, we can’t lose sight of the fact that Tottenham have endured hiccups on the road this term, including a 2-0 lead at Olympiacos which saw the Greek side rally to land a 2-2 draw.

Red Star will want to make certain of third place at the very least which would allow them to fall into the Europa League, with the team getting off to a bad start at White Hart Lane and failing to recover from it.

They will be a different proposition in this clash and a draw wouldn’t be a bad outcome for the visitors who would then fancy their chances of going through by beating Greek opponents in London.

When is Red Star Belgrade vs Tottenham being played?

Red Star Belgrade vs Tottenham will be played at 20:00 GMT on Wednesday 6 November 2019 at Stadion Rajko Mitić.

What is Red Star Belgrade’s most recent form?

What is the predicted Red Star Belgrade line-up?