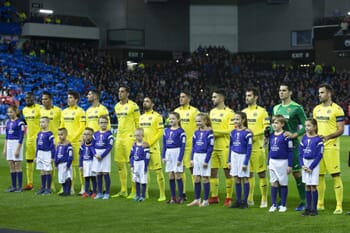 We’re surprised that Arsenal are such strong betting favourites to win this Europa League semi-final second leg clash, with the Gunners having lost last week’s clash at El Madrigal by a 2-1 scoreline and they have plenty of work on their hands to go through.

While Bukayo Saka earned his team a penalty which was converted when the side were trailing 2-0, the bottom line is that Villarreal still have an advantage and our prediction is that Unai Emery’s side will be the ones going through to the Europa League final.

Arsenal Odds-On in the Betting to Beat Villarreal

Mikel Arteta believes that Nicolas Pepe’s converted penalty has turned the tie on its head although Arsenal have not been a team to trust at odds-on this season and it’s clear that they can be opposed in the Full-Time Result market with a degree of confidence.

Since winning 4-0 away to Slavia Prague in the previous round of the Europa League, the north London side have taken just a point from home matches against Everton and Fulham, with Manu Trigueros and Raul Albiol firing in the goals last Thursday and Villarreal had six shots on target compared to their opponents’ two.

What is the Best Bet for Arsenal v Villarreal?

Ultimately,  Unai Emery’s side will go through to the Europa League final if they avoid defeat the Emirates Stadium and it should be noted that they have been in strong form until recently, with Samuel Chukwueze standing out and the young winger has been among the goals in previous matches.

We simply can’t trust Arsenal at short prices and the best bet is Villarreal on the Asian Handicap betting market with half a goal start, with the visitors capable of scoring an away goal of their own which would need their opponents to score at least twice.