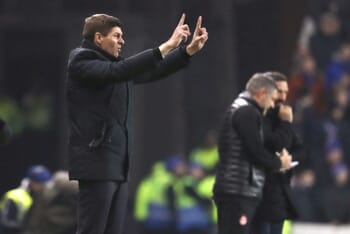 The Europa League gets back up and running in early August and Bayer Leverkusen are among the favourites to win the competition. Our prediction is that the German team will make light work of Glasgow Rangers and line up a quarter final clash against either Inter Milan or Getafe.

Leverkusen won 3-1 at Ibrox Stadium on 12 March shortly before lockdown, with Peter Bosz’s team having three away goals and a two goal margin of superiority, meaning it’s hard to see how they are going to be usurped by the second best team in England.

It’s worth noting that the Bundesliga team missed out on a top four spot after the restart, with the side finishing in fifth place which means the only way to qualify for the Champions League is by winning the Europa League.

Their betting odds to win this particular game look quite attractive considering they are the better team by some distance, with Kai Havertz remaining on the books for now even though the attacking midfielder is rumoured to be signing for Chelsea or Bayern Munich.

Our tip for Leverkusen to win is also partly down to Rangers being out of action for several months, with Steven Gerrard looking to get his team match-ready ahead of this clash in Germany although it’s a tall order for the Scottish side.

After all, the visitors have to go for broke and score at least three times in order to qualify, with the Gers being able to concede once during the ninety minutes as a 3-1 victory would take the tie into extra-time.

Rangers were not on a great run coming into the lockdown and actually lost three of their four matches, with gaps likely to appear at the back as they go forth in search of goals.