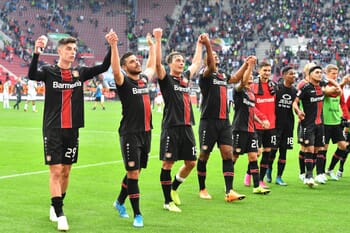 We have a humdinger of a Europa League quarter final at the Merkur Spiel-Arena in  Düsseldorf on Monday night, with two European heavyweights competing for a place in the final four of the competition.

Internazionale are favourites to win this clash and you can understand why Antonio Conte’s side are the shortest-priced in the betting considering that they have demonstrated themselves to be one of the best sides in Italy this season.

Inter finished the season just a point shy of champions Juventus, winning twenty-four of their thirty-eight matches played and they finished the domestic season with an eight-match unbeaten run which saw them land three successive victories.

What was especially noticeable about Inter’s final few matches was the fact that they have been churning out clean sheets and Wednesday’s 2-0 win over Getafe means it has now been five on the bounce for goalkeeper Samir Handanovic.

It’s no surprise that Diego Godin has been expertly marshalling the team’s defence, although our prediction is that this will be a close game and we’re going to tip Bayer Leverkusen on the Asian Handicap betting market at decent odds.

We can get Leverkusen with half a goal and it should be noted that while Peter Bosz’s team won’t strictly have home advantage in this clash, they should feel relatively comfortable in Dusseldorf where they play in the Bundesliga.

The German team also have Kai Havertz who will hope to spearhead a victory before a potential move to the English Premier League or Bayern Munich, with Leverkusen having enjoyed a pretty strong domestic season although their fifth-placed finish means this is the only way they can play Champions League football next term.

It’s hard to judge the outsiders based on a slender 1-0 win over Rangers last week after previously being 3-1 up on aggregate although we think they are capable of holding their opponents in this one.