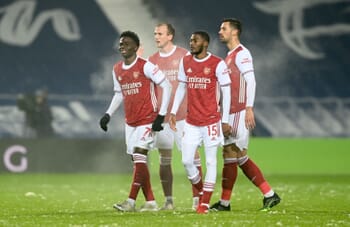 Olympiacos looked to be heading out of the Europa League on 25 February when trailing PSV 2-0 which meant the Greek side would head out of the competition on away goals after previously winning the first leg by a 4-2 scoreline.

However, a late Ahmed Hassan goal swung the tie in favour of Pedro Martins’ side, with their reward now being a last sixteen clash against Arsenal and our tip is for three or more goals to be scored during the ninety minutes at the Karaiskakis Stadium.

Olympiacos Going for Goals Against Gunners

The Greek champions will want to head to the Emirates Stadium next week with some kind of first leg advantage and one can’t help but notice the four goals they scored against PSV in their first leg clash in the previous round.

Perhaps an attack-minded approach will pay off against an Arsenal team who have shown defensive failings domestically this term and the Gunners made hard work of seeing off Benfica in the previous round.

Arsenal served up a strange performance at Burnley where the Gunners were running riot during the early exchanges before shooting themselves in the foot and ultimately drawing the game at Turf Moor.

It’s possible that Mikel Arteta will now focus harder on the Europa League considering that they’re a handful of games away from winning the Champions League by going down this route and the prospect of a top four spot is starting to look remote.

Either way, we are going to tip Over 2.5 Goals at an attractive price considering that both teams will be going forth in search of goals and it’s been noticeable how many goals are being scored in the Europa League knockout stages.

When is Olympiakos vs Arsenal being played?

Olympiakos vs Arsenal will be played at 20:00 GMT on Thursday 11 March 2021 at Karaiskakis Stadium.

What is the Olympiakos vs Arsenal H2H record?