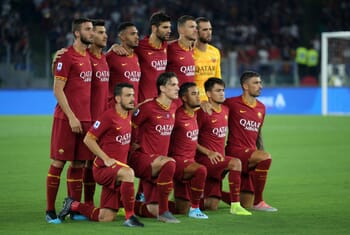 Sevilla clash with Roma at the MSV-Arena in Duisburg, with this being a winner-takes-all clash where the team who qualifies will wind up facing Wolves or Olympiakos.

While the Spanish side are strong betting favourites to win this clash and admittedly boast a strong pedigree when it comes to this competition, we’re not sure they should be short odds to beat a Serie A outfit who found some form towards the end of the 2019/20 campaign.

Roma look likely to finish fifth domestically and will play this match just five days after playing away to Juventus, although we can expect Paulo Fonseca to rest plenty of players in a bid to make sure that his team are fresh for this contest.

At the time of writing, it has been six wins and a draw from the previous seven clashes and the team are scoring bundles of goals, with veteran striker Edin Dzeko continuing to chip in with goals on a regular basis and the on-loan Chris Smalling enjoying a new lease of life.

Our prediction is that Roma can grab a draw at the very least during this match on neutral ground and our tip is to side with the Italian side on the Asian Handicap betting market.

Sevilla have enjoyed a strong season in La Liga, securing 70 points and they will be competing in the Champions League next term after finishing fourth and it’s no mean feat to be level with Atletico Madrid in the standings.

It’s noticeable that Sevilla were involved in mainly low-scoring matches throughout the season, with 54 goals scored and just 34 conceded, while we can expect this to be a cagey encounter considering what’s at stake.

A good betting tip could be to back Under 2.5 Goals although we prefer the chances of Roma on the Asian Handicap with half a goal start.

When is Sevilla vs Roma being played?

Sevilla vs Roma will be played at 17:55 GMT on Thursday 6 August 2020 at Schauinsland-Reisen-Arena[.

What is the predicted Sevilla line-up?