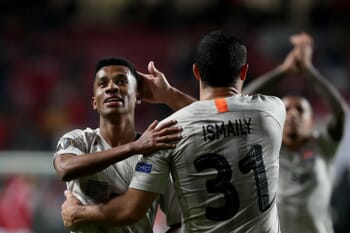 It’s worth noting that Shakhtar Donetsk were in the Champions League group stage earlier this season and the Ukrainian champions fared pretty well despite finishing third to Manchester City and Atalanta.

With both of the latter still in Europe’s premier competition, the form line is looking pretty good for a Shakhtar side who won their domestic league title by a country mile and are going to be hard to stop in the Europa League this summer.

Luis Castro’s side were 3-1 up from the first leg away to Wolfsburg before claiming a 3-0 victory on Thursday evening, with all three goals being scored at the death in what was an ill-tempered affair which saw two red cards before Junior Moraes was able to pilfer a late brace either side of a Manor Solomon goal.

There was an ideal pause in play between the finish of the Ukrainian domestic league and the resumption of the Europa League, with our prediction being that Shakhtar will have too much for a Basel side who came through their last sixteen clash with flying colours.

The Swiss side enjoyed a 3-0 triumph away to Eintracht Frankfurt before the lockdown and were able to keep things tight at St Jakob Park before a late Fabian Frei goal saw them through 4-0 on aggregate and they will now travel back to Germany for this last eight clash.

The match at the Arena AufSchalke in Gelsenkirchen should be competitive although it’s worth noting that Basel only finished third in their domestic league and our betting tip is for Shakhtar Donetsk to win this clash in normal time.

We actually feel as though Castro’s team are a great bet on the outright market and they will be up against a side who have found the net just once in the past three games.

When is Shakhtar Donetsk vs FC Basel being played?

Shakhtar Donetsk vs FC Basel will be played at 20:00 GMT on Tuesday 11 August 2020 at Veltins-Arena.

What is FC Basel’s most recent form?