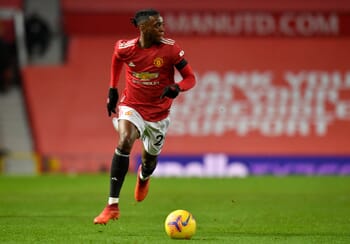 The 2021 Europa League final will take place at the Stadion Miejski in Gdańsk, with Manchester United strong betting favourites to land this piece of silverware after originally competing in the UEFA Champions League before being rerouted to this competition.

The Red Devils will clash with a Villarreal team managed by Unai Emery, with the Yellow Submarine having dumped Arsenal out at the semi-final stage, although our prediction is that they might struggle against a better calibre sort of opponent when the game takes place.

It’s easy to see why Manchester United are strong favourites considering the way in which they brushed Roma aside at the semi-final stage of the Europa League, with Ole Gunnar Solskjaer’s team running riot at Old Trafford when winning by a 6-2 scoreline.

It was Bruno Fernandes and Edinson Cavani who put the Serie A team to the sword and did the most damage, with the Uruguayan bagging a brace in both ties and it’s likely that we’ll see the forward operating as the central striker when it comes to this game.

Villarreal Betting Outsiders But Capable of a Shock

Quite simply, victory in this match is the only way in which Villarreal are going to qualify for next season’s Champions League, with Emery’s side sitting sixth in the table and the La Liga side have been in decent form in recent months.

However, the fact that the Yellow Submarine are eighteen points away from the top four tells its own story and our betting tip is to keep things simple and back Manchester United to get the job done in Poland.

We think that the Red Devils have enough quality players to make it a comfortable evening despite facing a manager who has an astonishing record in this competition.