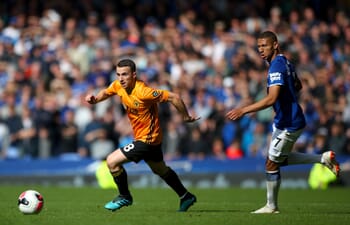 If Wolverhampton Wanderers want to be playing Champions League football next season, the only available route is winning this season’s Europa League and the Midlands side have an excellent opportunity to reach the last eight stage of the competition.

Wolves have a 1-1 draw from their last sixteen first leg clash in Greece and our prediction is that Nuno Espirito Santo’s team will claim a victory at Molineux which will set up a quarter final clash against either Sevilla or Roma.

It’s been another fine season for Wanderers who have once again demonstrated that they’re one of the strongest teams in the English Premier League and that’s despite juggling European affairs for the first time in decades.

Nuno’s team have got a special reputation for being defensively strong and they only conceded an average of one goal per game during the 2019/20 domestic campaign, while they also have one of Europe’s leading marksmen in Raul Jimenez.

The best betting tip is to keep things simple and back Wolves against an Olympiakos side who overcame the odds to beat Arsenal in the previous round, with the Greek side scoring an extra-time winner at the Emirates after the sides were 2-2 on aggregate and heading towards penalties.

Olympiakos finished their season on Sunday 19 July and it was a facile title victory in the Greek Super League, with the team amassing 91 points and winning the vast majority of their matches in a far less competitive division.

They showed a sting in the tale when playing the Gunners although we think Wolves are streetwise enough to show defensive strength and they also have the ability to rack up goals for themselves, with Adama Traore and Pedro Neto often playing strong supporting roles to Jimenez along with Diogo Jota.

When is Wolverhampton vs Olympiakos being played?

Wolverhampton vs Olympiakos will be played at 20:00 GMT on Thursday 6 August 2020 at Molineux Stadium.