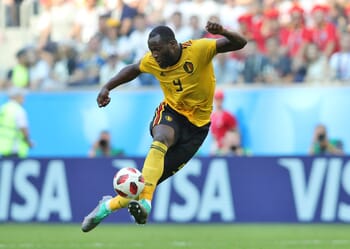 There are six teams trading at single-figure odds to win Euro 2021 which illustrates that the bookmakers regard this as a wide-open tournament and the truth is that there are even more countries that can be crowned champions of Europe at the tournament.

England are joint outright favourites. This is partly down to the fact that the Three Lions have a favourable group and play their first three matches at Wembley Stadium. There is also the fact that the semi-finals and final take place at this ground, although 6.00 (5/1) seems a touch on the skinny side.

On the flip side, Harry Kane and Marcus Rashford were facing a race against time to be available for Euro 2020 although they now have a much stronger chance of being fit and in form for the 2021 European Championships, while we could see a new goalkeeper come to the fore in the guise of Nick Pope or Dean Henderson.

France are the world champions and Didier Deschamps retains the nucleus of the squad that triumphed in Russia two years ago, with Les Bleus boasting brilliant attacking players such as Kylian Mbappe and Antoine Griezmann, while we can expect N’Golo Kante to provide that defensive midfield foil once again. Even Paul Pogba might be able to hit the ground running now there has been a year's pause.

De Bruyne has shone typically bright for Manchester City during the last campaigns and the same can be said of Romelu Lukaku who has adjusted well to life at Internazionale after being moved on by Manchester United.

We should also give an honourable mention to the Netherlands who have really undergone a renaissance in the past two years and we could see the Dutch go deep at Euro 2020 under the experienced Ronald Koeman.

Germany will appeal to some punters at 8.00 (7/1) and they remain in the elite of international clubs although it’s hard to forget their group stage exit at the 2018 World Cup and they have been handed a tough opening group.