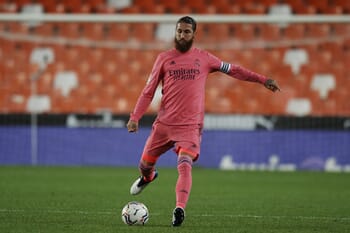 Spain and Germany could be locking horns at the business end of the rearranged Euro 2020 next season and the two sides will meet at La Cartuja in Sevilla on 17 November to determine which country goes through to the final four of the Nations League.

It is the Germans who are in the box seat to go through considering Die Mannschaft only need a draw in order to top the section following a 3-1 victory over Ukraine which saw Joachim Low’s side recover from a goal down to seal the three points in Leipzig.

Bet on Timo Werner to Star for Germany

It was a welcome return to the Red Bull Arena for Timo Werner who bagged a brace at a stadium which really helped elevate his career and the German striker could pose a lively threat to a Spanish side who could only muster a 1-1 draw against Switzerland.

Sergio Ramos missed two penalties in that game before Gerard rescued a point for the visitors in Basel, although our prediction is that they’ll score at least one goal in this clash and might have to try and meet fire with fire.

Germany are averaging two goals per Nations League clash and Spain have scored in four of their five matches in this section, so it seems the obvious bet to go for each side to find the net at least once throughout the ninety minutes.

Luis Enrique might not have a vintage crop of Spaniards at his disposal compared to previous incarnations of La Roja sides, although they don’t tend to lose many games even if it’s not every day they face an attacking German side.

We’re going to stick with our “Yes” betting tip on the Both Teams to Score betting market and will hope to profit from a fairly offensive match.