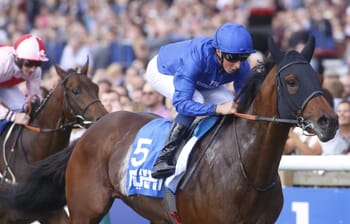 The 2000 Guineas will hopefully still be run on Saturday 2 May, with this first Classic of the Flat season being held at Newmarket and we have a very strong market leader who could take all the beating.

Pinatubo shone brightly as a two-year-old in 2019 and the Charlie Appleby-trained charge will be primed for a big run in this one mile encounter, with the bookies fearing his prospects in this British Champions Series race.

Last year, the horse achieved six consecutive victories, with wins at Wolverhampton and Epsom followed by a Royal Ascot success when winning the Chesham Stakes over seven furlongs.

There was then a Group 2 success at Glorious Goodwood when winning the Qatar Vintage Stakes before a Group 1 success at The Curragh later in the year and then came another triumph in the Darley Dewhurst Stakes to really cement his claims for success this year.

Pinatubo will have by far the highest rating out of any horse in the race, although there are some credible alternatives and some punters will be looking at each-way bets when it comes to runners at a bigger price.

For example, Earthlight hasn’t put a foot wrong during his fledgling career and the Godolphin horse racked up four straight wins in France before obliging in the Juddmonte Middle Park Stakes at Newmarket.

Andre Fabre will have high hopes that Pinatubo’s colours can be lowered and there’s the prospect of a strange outcome considering this could potentially be the first outing of the season for all the horses in the race.

Arizona runs for Aidan O’Brien and finished behind Pinatubo (twice) and Earthlight last season before heading to the Juvenile Turf at the Breeders’ Cup and finishing a credible fifth place although he was sent off as the 3.00 (2/1) favourite.

Siskin is the other interesting horse in the race and the American runner landed four consecutive wins in Ireland last season.