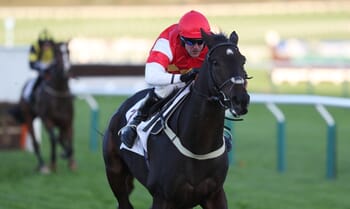 The Champion Hurdle is the biggest race on Day One of the 2020 Cheltenham Festival, with Epatante set to go off favourite for this showcase encounter and there’s plenty to like about the Nicky Henderson-trained charge.

The mare will receive an allowance which makes her seven pounds better off than her male rivals, with the six-year-old having scored two victories this season and she appears to have shaken off the coughing that plagued her last week.

The race favourite could only finish ninth in last year’s Mares’ Novices Hurdle despite being sent off at 15/8, although she then returned to the track in November and won at Newbury before winning the Christmas Hurdle at Kempton.

However, the big question is whether Epatante will act on the Cheltenham track and perhaps it’s worth siding with stablemate Pentland Hills at a bigger price considering that the horse has an excellent profile for this race.

The horse was able to win the Triumph Hurdle twelve months ago despite clouting a couple of hurdles and we can’t escape the fact that this horse likes Prestbury Park, with the horse needing a seasonable debut at Cheltenham in December before being beaten into second by BALLYANDY in a Haydock hurdle race.

Ballyandy has been badly overlooked by the bookies and ran impressively in last year’s Coral Cup when finishing third so he deserves his chance to take a place in the race.

The fact that the nine-year-old jumps left-handed certainly makes the runner an enticing prospect at a course such as Cheltenham, while that win at Haydock suggests that the Nigel Twiston-Davies charge can make an impact here.

Twiston-Davies said: "He has beaten one of the favourites in Pentland Hills twice - hopefully he will do it again, and I'm hoping he will run another big race, as it is not the strongest Champion Hurdle.

"He has done very well and is in top form. The softer ground will help him and the return to the Cheltenham hill will suit him down to the ground.

"The drop back to two miles has suited him down to the ground. He has also got his confidence back, as we did take him over fences and it shook him a bit. Now his hurdling is slick and he enjoys running over them over two miles."

Several horses near the top of the betting such as Envoi Allen and Honeysuckle are likely to go down different routes at the Cheltenham Festival, with the field likely to be cut up as the big day approaches.