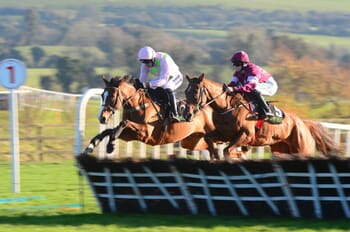 Paisley Park finished thirteenth in the Albert Bartlett Novices’ Hurdle two years ago at the Cheltenham Festival and there was little indication that Emma Lavelle’s horse was going to emerge as the best staying horse in the field.

However, after a lengthy break of 226 days, Aidan Coleman rode the horse to victory at Aintree and connections haven’t looked back since, with the superstar having now won seven races consecutively.

The bookmakers are reporting that PAISLEY PARK has been in everyone’s accumulator bets leading up to this year’s Festival, with the eight-year-old having won the race as an 2.37 (11/8) favourite twelve months ago.

During the race, it wasn’t clear that the favourite was going to claim the spoils and he had plenty of work going up the famous hill, although Paisley Park is the type of horse that will come off the bridle late to win his races.

Last time out, the horse won the Cleeve Hurdle although it was interesting to see Summerville Boy run an excellent race and perhaps he’s the answer to the horse that finishes second behind the champion.

The Tom George-trained charge won the Relkeel Hurdle on New Year’s Day when fending off Roksana and Janika, with the horse proving to have excellent stamina despite often making mistakes over hurdles.

It should also be remembered that Summerville Boy won a competitive Supreme Novices’ Hurdle two years ago when making numerous mistakes, with wind surgery having improved the horse no end.

We’re going to work on the basis that Benie Des Dieux won’t be lining up in this race and be tilted at the Mares’ Hurdle on Tuesday instead, with Penhill a more interesting contender considering that the horse won this race two years ago.

The nine-year-old finished a long way behind Benie at Gowran Park recently, although trainer Willie Mullins should have him in tip-top order for this race and there’s the potential for him to run into a place here.