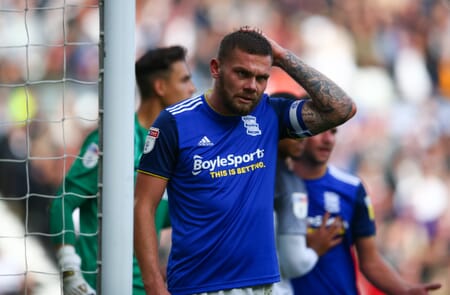 Sheffield United clash with Birmingham City and we’re expecting a low-scoring game in this Championship curtain-raiser, with the Blades back in the Championship after getting relegated from the Premier League.

Slavisa Jokanovic is now tasked with getting the Yorkshire side Sheffield United back in the top flight and he has an admirable track record in this league after steering Watford and Fulham to promotion. We’re anticipating that Lee Bowyer’s Birmingham side will arrive looking to take a point from this clash as a bare minimum and the visitors will regard this as a tough fixture where they will look to achieve a positive result, with the Blues having finished in eighteenth position last season.

They managed just thirty seven goals in their forty-six games played and Bowyer might struggle to recruit the firepower required to elevate the team up the table.

Predictably, Sheffield United are odds-on favourites to win their first match of the 2021/22 Championship season, with the Blades looking forward to a full house at Bramall Lane to cheer them on to a potential victory. Jokanovic will inherit a squad who have achieved promotion three seasons previously, while the parachute payments from being in the top flight will be a help.

Birmingham are the big outsiders although the main takeaway is that a low-scoring clash could be on the cards, with the home side likely to run a tight ship.

You can enjoy Championship live streaming at many betting sites on the basis that there is money in your account or that you have recently placed a bet. This enables you to watch the Sheffield United vs Birmingham live stream from start to finish.

It’s great to log into your bookmaker account and watch the latest Football matches, with availability depending on where you are based in the world.

Sheffield United vs Birmingham Live Stream Live Stream Watch Live! Geo-restrictions apply. To use the services you need to be logged in, a funded account or to have placed a bet in the last 24 hours.

Although Sheffield United finished bottom of the pile with twenty-three points last season, they were not always outclassed and will expect to have Aaron Ramsdale between the sticks as part of the promotion charge, with the likes of George Baldock, Enda Stevens and John Egan continuing to run a tight ship at the back.

We’re also anticipating that Birmingham will have gone back to basics despite a poor end to the previous campaign which saw the Blues concede an aggregate nine goals against Cardiff and Blackburn respectively.

Bowyer will be eager to recruit players to run a much steadier ship and the fact that he’s already secured Juan Familia-Castillo and Tahith Chong on loan deals implies that the visitors are likely to be more rock solid this time around.

The latest lineups and injury news. Get lineup predictions and confirmed starting 11s in our free Championship match preview. Our Sheffield United vs Birmingham betting tips lists all injuries and suspensions together with up-to-date team news and the official squads.

Check out the Championship table and standings to find out the best betting angles ahead of Sheffield United clashing with Birmingham. We will bring you the latest standings for this competition, showing where each team is positioned in the table at this point in time.

Our Sheffield United vs Birmingham match stats provide you with key information and the most relevant statistics. Check out the head-to-head record between the two football teams, while you can see recent team performance and understand the number of goals that are being scored, along with the number of corners awarded.