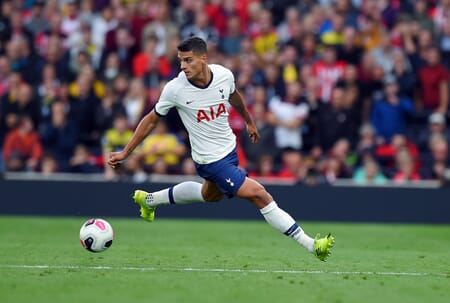 There could be a tight London derby on the cards this weekend. While Chelsea are the better team out of the two sides, Tottenham Hotspur have previously demonstrated their capacity to keep things tight and they will have noted the way in which Zenit Saint Petersburg were able to nullify the Blues in their Champions League encounter a few days ago.

Therefore, we are relatively confident that there will be Under 2.5 Goals in this clash considering that this was the outcome in the first three Spurs matches of the season and that included a 1-0 win over Manchester City.

Nuno Espirito Santo will surely adopt a pragmatic approach to this game where a draw will be regarded as a point gained. Similarly, Chelsea are super strong from a defensive point-of-view and look highly capable of shutting out Tottenham.

Chelsea are massive betting favourites to win this clash despite being the away team. The bookmakers regard them as being at a much higher level than Tottenham to the extent that they are trading at odds-on to claim another Premier League victory.

Similarly, Spurs are trading at a hefty price and the bookies don’t add much credibility to the fact that they are the home side.

There is a school of thought among the layers that goals could be somewhat scarce, with Under 2.5 Goals trading at odds-on due in part to the fact that the Blues have only conceded one goal, while BTTS No is also a shorter price than BTTS Yes which means the bookies anticipate a low probability that both sides will find the net.

The reason why our prediction is Under 2.5 Goals is because it covers a lot of likely scorelines. Naturally, we have the goalless draw and the 1-1 draw on our side, while this also applies to a 1-0 and 2-0 win for Tottenham and Chelsea.

Spurs won their opening three games by a 1-0 scoreline, while the visitors have had two 3-0 victories although they also won 2-0 at Arsenal and drew 1-1 away to Liverpool. The home side will be looking to be a good deal tighter than they were when losing 3-0 at Crystal Palace and we will see the north London side put plenty of men behind the ball and hope to profit on the counter-attack.

It’s unlikely that Son Heung-Min will be 100% fit even if he starts the game and that could be an issue for Tottenham.