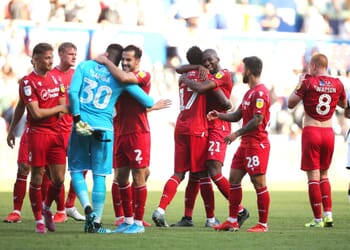 It’s fair to say that Sheffield Wednesday have had a fairly rotten 2020, with the Owls experiencing a slump in form which means that promotion is a remote prospect this season after initially looking on the cards.

Garry Monk remains in charge at Hillsborough, although the last Wednesday match saw their defensive frailties fully exposed by Brentford as they were spanked 5-0 at Griffin Park, with the Yorkshire side only nine points above the relegation zone.

Indeed, there is a concern that a few more defeats could see Wednesday sucked into trouble and it’s particularly galling when rivals Sheffield United are having such a fantastic time of things in the Premier League.

At least the lockdown has provided Monk and his troops some respite and an opportunity to take stock of the situation. Scoring goals has been a problem at home for the majority of the campaign although the players might benefit from not having the weight of expectation from thousands of supporters.

The Owls have been a good deal more high scoring on the road and perhaps they will take an expansive approach against a Nottingham Forest side who are perched in fifth place in the Championship and are currently favourites to nab a play-off spot.

The Tricky Trees have a five-point cushion over seventh-placed Bristol City and an opportunity to try and catch West Brom in second, with Sabri Lamouchi’s side having only lost two games away from home all season.

Forest have won eight and drawn eight on the road, with the Midlands side looking for revenge against opponents who produced one of their best performances at the City Ground to triumph by a 4-0 scoreline.

The well-travelled Lewis Grabban remains a reliable source of goals, with Joe Lolley one of the team’s stand-out performers and the bet we really like is Forest off zero on the Asian Handicap. It means money back if the game is a draw and a profit if it ends in a victory for them.

When is Sheffield Wed vs Nottingham Forest being played?

Sheffield Wed vs Nottingham Forest will be played at 15:00 GMT on Saturday 20 June 2020 at Hillsborough Stadium.

What is the Sheffield Wed vs Nottingham Forest H2H record?

What is Sheffield Wed’s most recent form?

What is the predicted Sheffield Wed line-up?