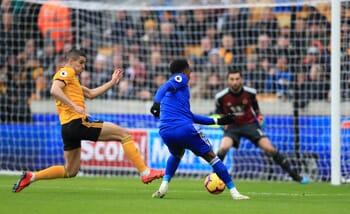 Could “Big” Duncan Ferguson be the long-term solution at Goodison Park? The Scot is currently considered to be a stopgap caretaker appointment following the fairly dismal reign of Marco Silva, although the Scot was coy when recently quizzed about him taking charge on a permanent basis.

It is clear that he brought some passion back to the team when they recently beat Chelsea 3-1 and this clash is an opportunity for the Toffees to reach the EFL Cup semi-final stage which will have supporters dreaming of a trip to Wembley for the first time in several years.

Winning a trophy would be fantastic for the club considering that a top six finish is very unlikely this season despite that being the target at the beginning of the campaign, although they have tough quarter final opponents if they’re to reach the final four.

Leicester are going along swimmingly at the top of the Premier League and it’s only the amazing form of Liverpool which means that they’re not currently considered as title challengers.

It’s possible that Brendan Rodgers will sacrifice this competition to ensure that the Foxes maintain their lofty position considering that qualifying for the Champions League would be a fabulous achievement for the Midlands outfit.

However, Leicester certainly have the winning habit and they went into the weekend clash with Norwich off the back of a nine-game winning run, with Newcastle, Burton and Luton beaten along the way in this competition.

The visitors will rotate the squad although there will be quality in the form of Ayoze Perez, Harvey Barnes and Demarai Gray, while James Justin and Wes Morgan are also likely to feature in this game considering that Leicester are away at Manchester City on the following Saturday.

Everton’s weekend home game against Arsenal takes on a greater meaning than this EFL Cup clash and a lot will come down to team news, although we just feel as though Leicester have better squad depth at this point in time.