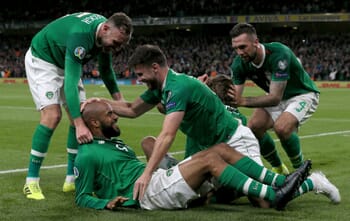 The Republic of Ireland remain on course to qualify for Euro 2020, with Mick McCarthy having made the team difficult to beat to the extent that they have conceded just twice in five matches.

The Irish have claimed three victories against Gibraltar (2) and Georgia (1), while they have also secured hard-fought 1-1 draws against Denmark and Switzerland to give themselves a very real chance of being in the finals next summer.

McCarthy’s teams are not particularly flamboyant but they are defensively stubborn, with just two goals conceded in five games played so far and we can be sure that they’ll go to the Boris Paichadze Dinamo Arena in Tbilisi with a primary aim of keeping a clean sheet.

The Georgians have only mustered four goals in their five games played so far and three of those were scored against the whipping boys of the group Gibraltar, while the only other goal was a consolation against a Denmark side who scored five at the other end.

The big problem for the Republic is that they have a lack of firepower and that means an average of just over one goal per game. They were only able to score once in Gibraltar and the same applied when they hosted Georgia shortly afterwards.

Out of the six strikers selected for the latest Ireland squad, there have only been two goals scored and perhaps Brighton teen sensation Aaron Connolly could get the nod after impressing with his two goals against Tottenham.

Not that McCarthy will be too adventurous considering that Ireland need to keep winning against lower-ranked opposition with Switzerland and Denmark also in the group.

Therefore, we’re going to take a punt on Under 1.5 Goals. That means we need either zero goals or one goal to be scored in order to benefit. We think that Ireland will be content enough to get their noses in front and then be able to sit out the game.