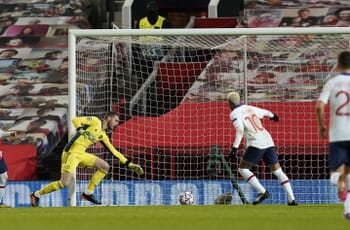 Barcelona have been severely punished for imploding in their final Champions League group game against Juventus, with a 3-0 home reverse against the Italian champions leading the Catalan side to finish runner-up in their section.

Barca will now come face-to-face with Group H winners and last year’s finalists Paris Saint-Germain, with Thomas Tuchel’s side having finished top of a group that included RB Leipzig and Manchester United.

Will Neymar Be Fit to Line Up Against Barcelona?

Neymar recently sustained an ankle injury which could keep him sidelined for the next few weeks, although it will be hoped that the Brazilian star can line up for the French champions against his former club and he will clearly be motivated to perform back at the Nou Camp.

PSG look equally as formidable as last season, with Kylian Mbappe continuing to be one of the best attacking players in the world, while Marco Verratti and Leandro Paredes are high quality midfielders and the defence tends to be relatively sound.

Our prediction is that PSG are going to avoid defeat in the Nou Camp and they will be even happier if they can ease the pressure by scoring an away goal against a ropey defence.

Can Messi Inspire Barcelona to Victory Against PSG?

Much has been made of Barca’s recent decline and it’s true that they are not the formidable team of old, although they had won all five of their group games before losing to Juventus and that had included a 2-0 victory in Turin.

Lionel Messi remains a central figure for Ronald Koeman’s side and the likes of Philippe Coutinho and Antoine Griezmann are capable of raising their game for the big occasion, with some punters wanting to wade in at the odds-against quotes about the home side.

However, our betting tip is that Paris Saint-Germain will avoid defeat and the best way to side with the French outfit is on the Asian Handicap where they will enjoy half a goal start.

When is Barcelona vs PSG being played?

What is the Barcelona vs PSG H2H record?