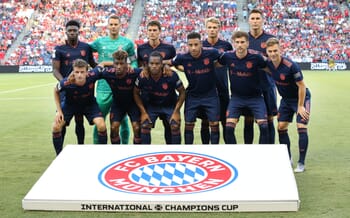 We’ve seen some heroic recent comebacks in the Champions League this season, most notably when Liverpool stormed back against Barcelona before Spurs did the same in Amsterdam last term.

However, the prospect of Chelsea overturning a 3-0 first leg deficit at the Allianz Arena looks like a task beyond a Blues team who were unable to live with the Bayern Munich attack three weeks previously.

It’s possible that the German champions might make a few changes to the team which won so convincingly in London, although Hans-Dieter Flick is unlikely to take any chances by leaving out the predatory Robert Lewandowski or the influential Serge Gnabry.

Bayern announced themselves as one of the Champions League favourites at Stamford Bridge and we feel the best bet for this match could be the even money that the Bundesliga kings lead at half-time and full-time against their English opponents.

Frank Lampard’s side have to approach the match in an attacking fashion and look to secure the opening goal of the game, although they have recently shown themselves to be defensively profligate and we feel as though gaps could start to appear in this clash.

While Lampard won’t have publicly conceded defeat in this competition and Chelsea deserve enormous credit for getting through a group which included Ajax and Valencia, he will realise that the bigger prize is re-qualifying for the competition next term.

There are also injury concerns when it comes to personnel such as N’Golo Kante and Tammy Abraham although the plain truth is that Chelsea’s form is pretty erratic and they only recently managed to scrape a point against Bournemouth who are one of the worst teams in the top flight.

Back Bayern to blitz their opponents and have their noses in front by half-time, with a further advantage likely to be established by the final whistle.