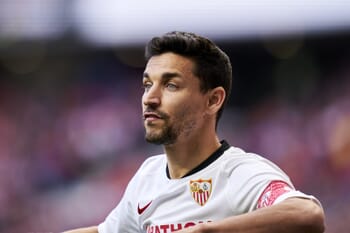 Two fairly evenly-matched teams will clash at the RheinEnergieStadion in Cologne this Sunday, with Manchester United slight favourites in the betting to secure their place in the Europa League final although we’re not sure the Red Devils should be so short.

While United had a strong post-lockdown finish to their domestic season, they are still a work in progress under Ole Gunnar Solskjaer and were unable to beat FC Copenhagen over ninety minutes a few days ago, with a Bruno Fernandes extra-time penalty separating the two sides.

United only won 18 of their 38 English Premier League games last season and they are sure to be given a stubborn challenge against a Sevilla side who finished fourth in La Liga with a very creditable 70 points from their 38 games played.

Julen Lopetegui’s side were noticeably stingy when it came to their defending and managed to concede a measly 34 goals in 38 games. Our prediction is that the Spanish side can run a tight ship as well as causing problems for their English opponents.

Our betting tip is to back Sevilla with half a goal advantage on the Asian Handicap betting market. Although the betting odds look fairly short at 1.55, Los Rojiblancos have not lost a football match since being defeated away to Celta Vigo towards the end of February.

The recent 1-0 triumph over Wolves in the Europa League quarter final saw Sevilla command a massive 75% of possession before scoring a late winner through Lucas Ocampos, with Wolves missing an early penalty but ultimately falling short against a team who had five shots on target and fourteen corners.

We think this match is a toss of a coin job and will back Sevilla with half a goal start on the basis that this covers the win for them and the draw also.